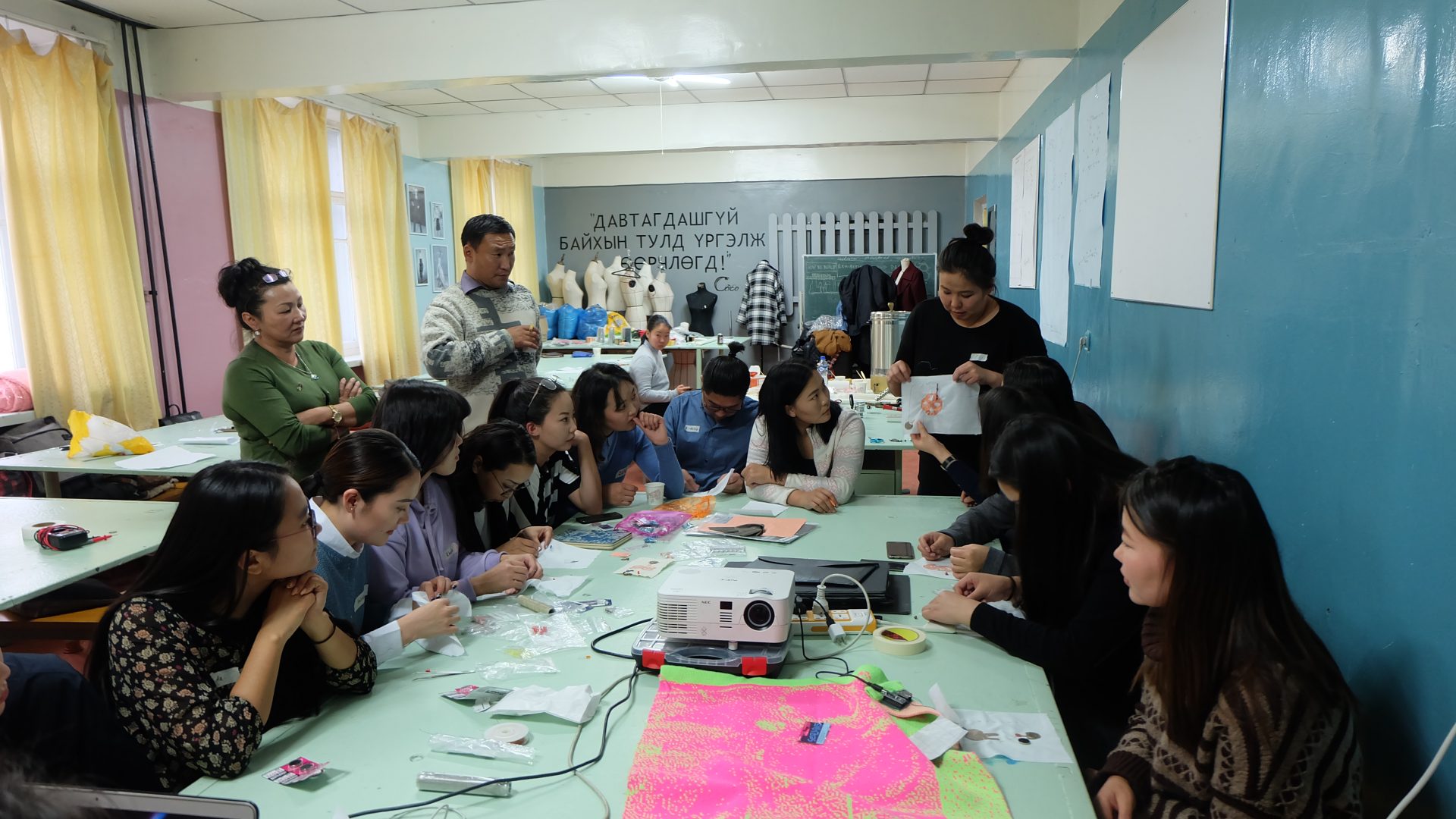 Learners soldered their own circuit on textile. They explored how the digital age can enhance spirituality : they made perceptible the invisible by using their garments as antennas and turning electromagnetic fields of the environment audible.

Nowadays, Buddhism is still playing an important role in the day to day Mongolian life.
While we were travelling, we met locals and discovered many way of its evocation.
One of the most stupefying ones is a place called Shambhala, known as « the energy center », located in Sainshand in the southern Mongolia, which is part of a bigger sacred place called the Dorngovi Province. This is an intersting article to read about it →.

This « place of peace » was built in 1853 by Danza Ravjaa, a poet, writer, composer, physician and lama who became a symbol in the Mongolian Buddhism by maintaining the religion under the chinese communism. 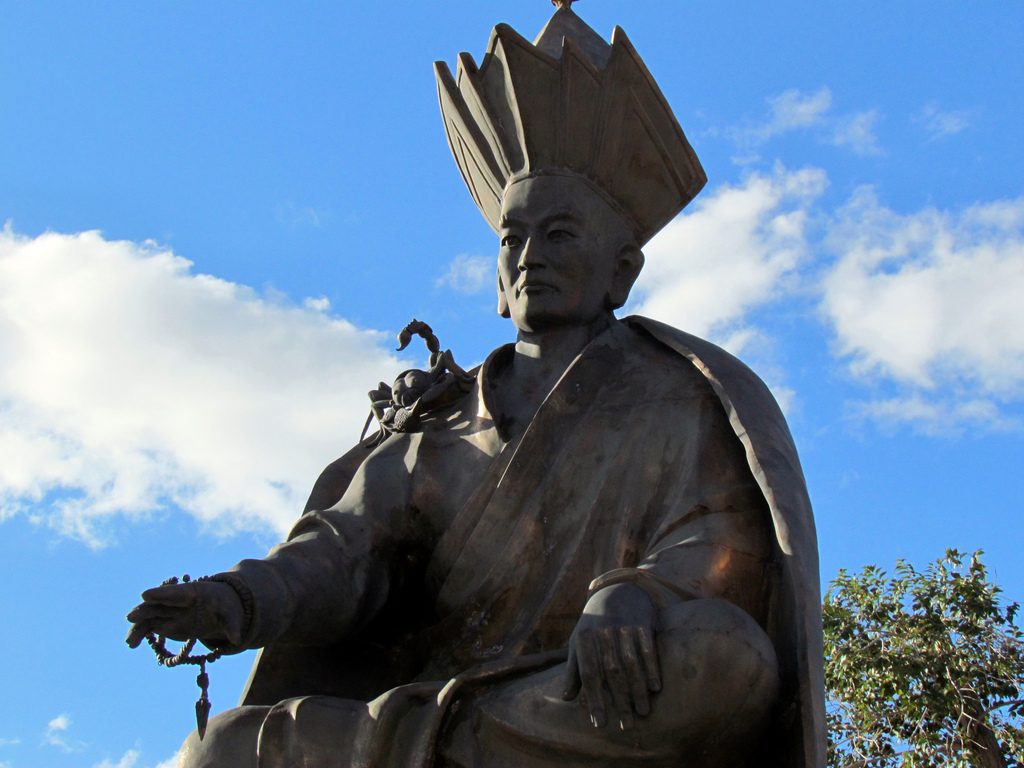 Walking around Shambala, you will face many rites to do. Mongolian people believes in this holy place you can feel and experiment the most concentrated spiritual energy, and this is exactly what we brought us there.

A rite consisting to lay down on your back to soak up the energy emanating from this place. Picture by Mongolian Musings

We based the « training » on a previous research done by Martin de Bie and Afroditi Psarra creating circuit able to sense the electromagnetic field around us, and listen them. Documentation → 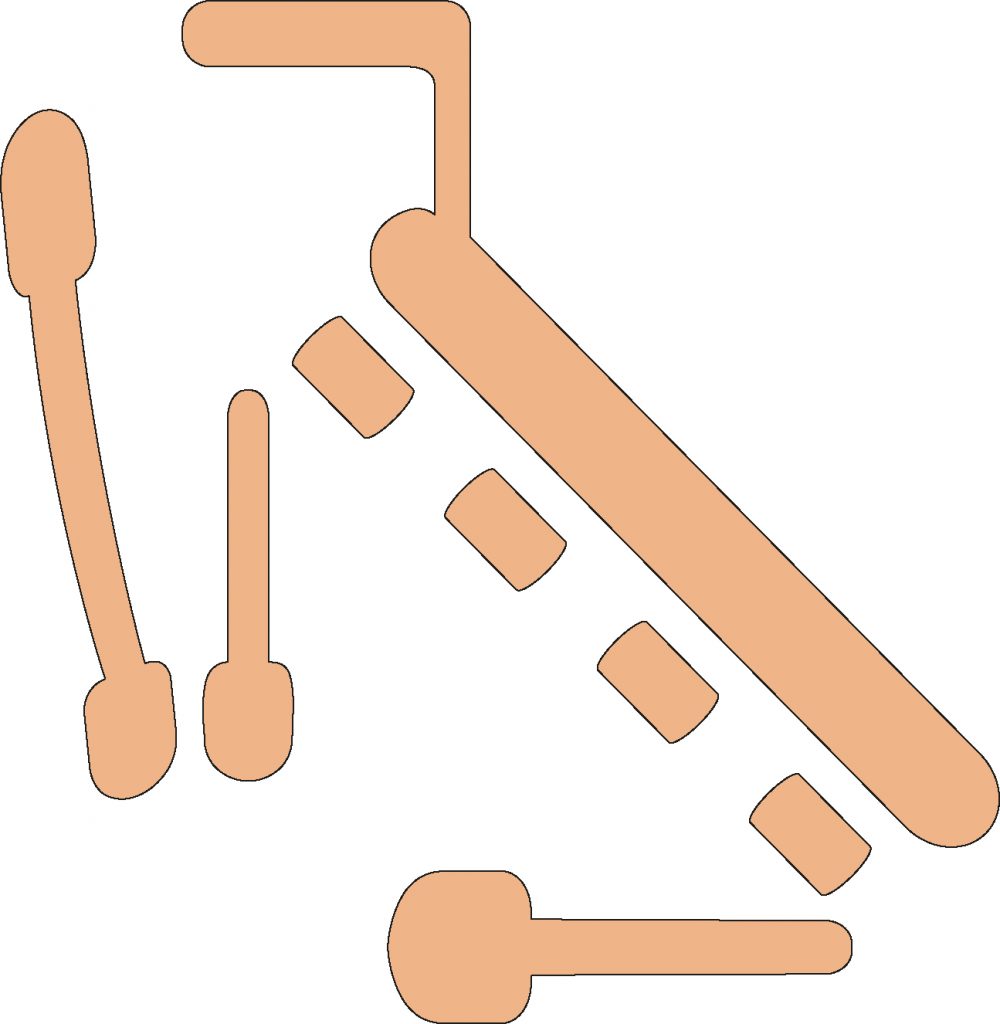